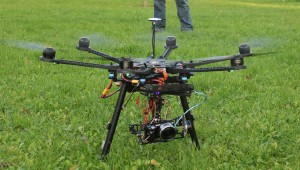 “You’re off to Great Places!
Today is your day!
Your mountain is waiting,
So… get on your way!”
― Dr. Seuss, Oh, the Places You’ll Go!

“I want a helicopter” he said

It was a normal day in the André house when Jason announced he had this great idea of buying a helicopter, ok not an actual helicopter, not one that carries people anyway.

“Do you mean like a remote controlled helicopter?” I asked

“Yes, but a big one that can take photos and videos”

You see it’s called a hexacopter because it has six blades that go round.

“I buy you a helicopter for Christmas every year, you’ve always crashed it by Boxing Day, or taken it apart”

“no this is different, it’s not a toy”

“Well it’s a little bit a toy, but mostly it’s for filming and photographing, from the air, from different angles. To capture aerial footage that is usually taken from an aeroplane, except this is more flexible”

Jason always says that if he can sell an idea to me then he can sell it to anyone. He’s probably right, I am incredibly cynical, I want to know everything before I make my mind up, I’m a salesman’s nightmare. On this occasion I came up with every reason possible why this was a ridiculous idea. Who would want photographs or videos from the sky? But actually when I saw what could be achieved with a little (ok not THAT little) hexacopter and a camera I was amazed.

It started with boxes in our kitchen containing a multitude of strange looking parts, which slowly over time turned into a hexacopter, don’t ask me how, I struggle with the lego kits my 5 year can do in minutes. Then the practice flights., which went surprisingly well. I was sold.

“your what?! To fly a remote controlled helicopter!”

Jason is now a fully trained and licensed hexacopter pilot and has taken some amazing aerial photographs and video. He’s learnt to fly and is now able to capture sights from the air that offer a fantastic, flexible approach to photography and videography. He’s already had some really good projects, with a few really exciting ones coming up, watch this space…